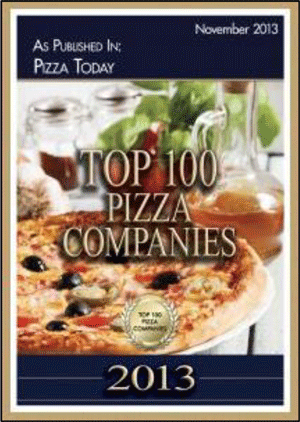 (Rochester, NY) – The Salvatore’s pizza family announced today that SALVATORE’S is NOW the official pizza of Frontier Field. All pizzas will be made on premise in Mama Mittsy’s pizza kitchen. The Red Wings home opener is this Saturday, April 5th.

“Mama Mittsy is very excited about the opportunity to work hand and wing with Salvatore’s this season as Salvatore’s will be the official supplier of pizza at Frontier Field. She is very particular about who she works with and she knows that the fans of Frontier Field will love her pizza even more now that she’s teamed up with Salvatore’s,” said Dan Mason, Red Wings General Manager.

“Celebrating our 35th year, we are proud to now be the official pizza of Frontier Field. We are the family born and raised in Rochester, NY and proud of it,” said Salvatore “SoccerSam” Fantauzzo, CEO/Founder of Salvatore’s Old Fashioned Pizzeria.

Salvatore’s was awarded TOP 100 pizza companies in the country, by Pizza Today magazine. “With almost 100,000 restaurants in the U.S. serving pizza and close to 10,000 in New York State alone, it’s amazing to be ranked #70 in the nation,” said Patty Powers, Marketing Director. For more information, visit www.salvatores.com

© 2021 Salvatore’s Old Fashioned Pizzeria, All Rights Reserved
Convenience charge for delivery is not a tip and will not be distributed to the employee or driver.
Convenience charge is at a $5 minimum at locations. Charge varies per location.
Please tip your amazing driver. Prices & fees subject to change without notice.
Order Online
Facebook