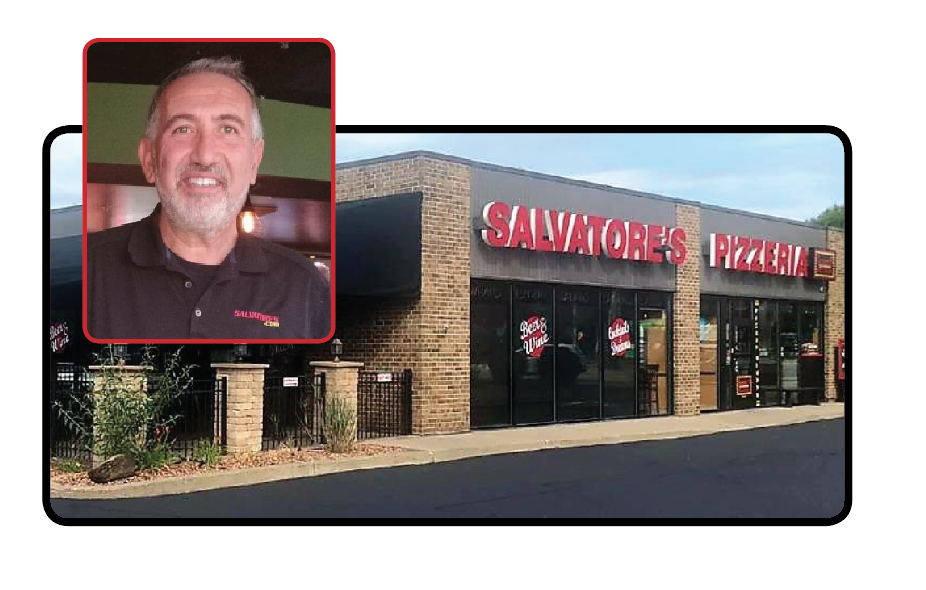 In 1997, Tony Mangione moved the Webster Salvatore's from Empire Blvd. — which had originally opened in 1985 — to its current location on Bay Road.  Remodeled in 2010, the Bay Road Salvatore's location has expanded in the space previously occupied by an adjacent coffee shop and is our first Salvatore's Pizzeria & Pub location!

The Pizzeria & Pub features a dining room, a full bar, over 10 large HDTVs to watch your favorite games or events... and of course, take out is available from our famous drive-thru window.

Tony started his career with Salvatore's in the early 1990's as an owner at Scottsville Rd. Tony came to us from Wegmans where he created recipes for their Strive for Five program. His cousin John Coraggioso from the Main Street Salvatore's brought him to the Scottsville location where he could continue creating new dishes. His passion for the Italian cuisine and lifestyle brought him back to his native Italy where he owned a produce business and cafe. An opportunity came up to buy the Salvatore's on Empire Blvd. and Tony took it.

Tony still enjoys spending time in Italy where his passion for Italian cuisine provides him with a unique creativity that he brings to the Webster Salvatore's Pizzeria & Pub and its customers. And don't forget, still the only Salvatore's location with a pick-up window for your convenience!