(Rochester, NY) The Salvatore's Pizza Family is adding a new pizza to their menu. The "Love Holly" pizza will be a permanent addition to their specialty pizza listings.

Salvatore SoccerSam Fantauzzo, CEO & Founder of Salvatore's Pizzeria was Honorary Chair at The Breast Cancer Coalition's ACTober event & fundraiser in September, and was challenged by an anonymous donor to name a pizza after Holly Anderson, President of The Breast Cancer Coalition. If a pizza was named after Holly and officially added to the Salvatore's menu, this donor pledged $25,000 to The Coalition. 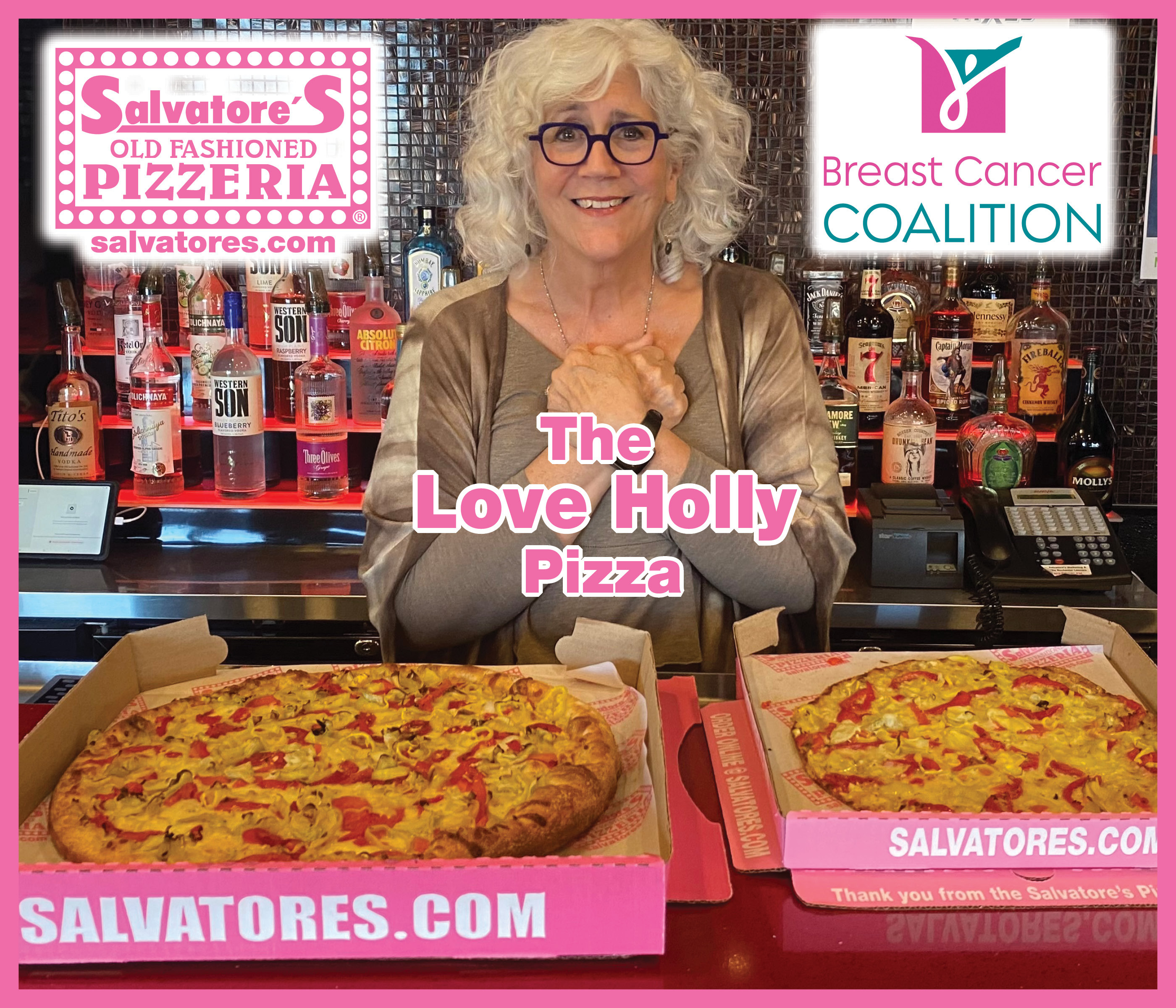 "Holly is a special person, and this recognition of having her favorite pizza on our menu is an honor to do," said Salvatore SoccerSam Fantauzzo, "The Breast Cancer Coalition's important work creates a comforting community through education, support & research."

The Salvatore's Pizza Family is excited for the anonymous donor to fulfill their end of the bargain and donate $25,000 to The Coalition. But the fun doesn't stop there - Salvatore's has now decided to match the donation, bringing the total amount raised for The Breast Cancer Coalition to $50,000. 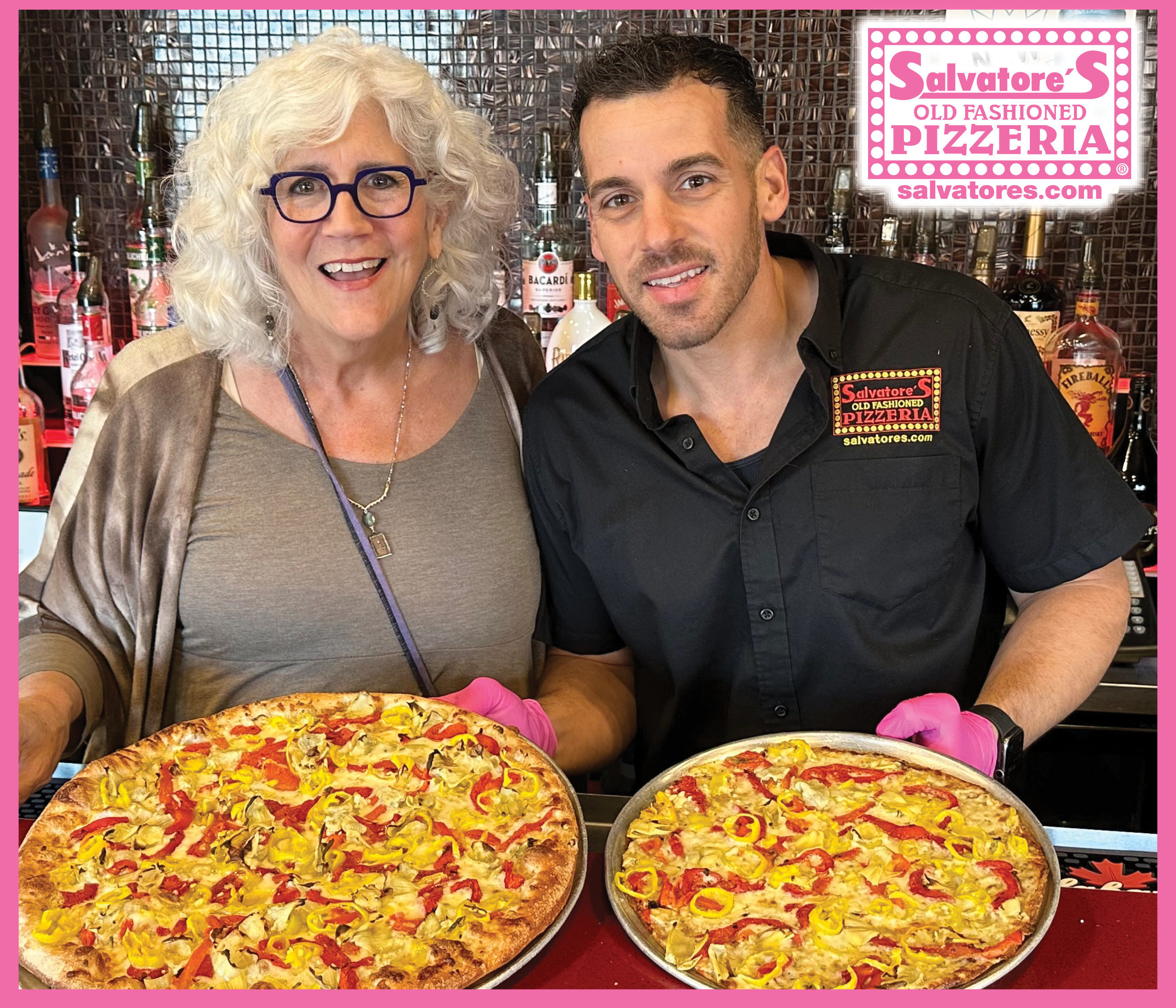 "When a trustee of an area foundation challenged Sam Fantauzzo to name a pizza for me in exchange for a generous donation to the Coalition, I never imagined he would do it! It's humbling to have my favorite Salvatore's pizza named after me, and it means a great deal to me personally. However, my gratitude is much deeper," remarked Holly Anderson, President of the Breast Cancer Coalition. "Sam, a Rochester icon, is a longtime supporter of the Breast Cancer Coalition through his pink box initiative. A home-town pizzeria committed to supporting a home-town nonprofit – neighbors helping neighbors - reflects Sam's generosity and spirit. Thank you, Sam, for continuously creating opportunities to ensure our community thrives."

The new Love Holly Pizza can be ordered from any Salvatore's full menu location, and on any size pizza & dough type. Order online @ salvatores.com 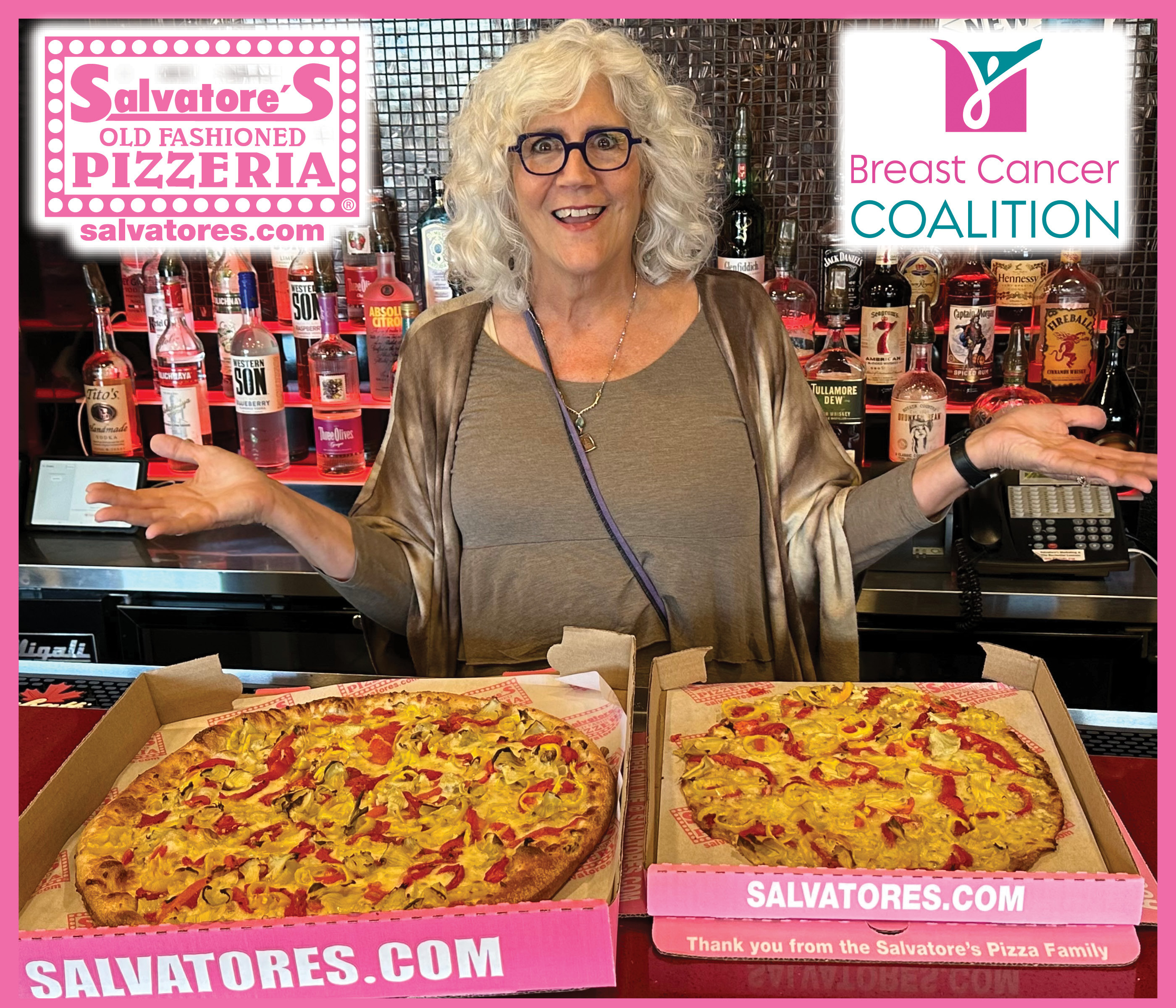 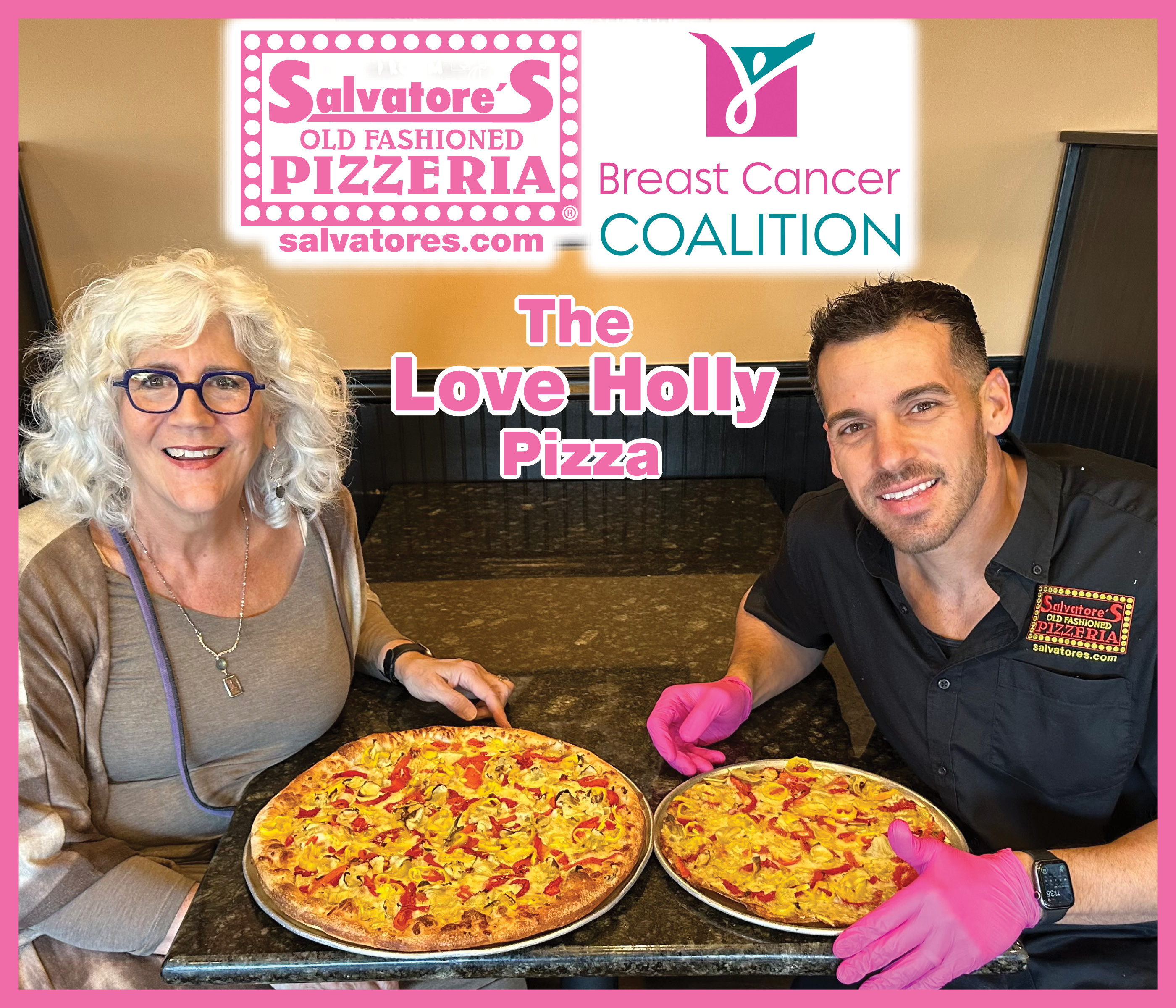