Salvatore’s at the historic Donuts Delite presents:
THE DEBATE DONUT! 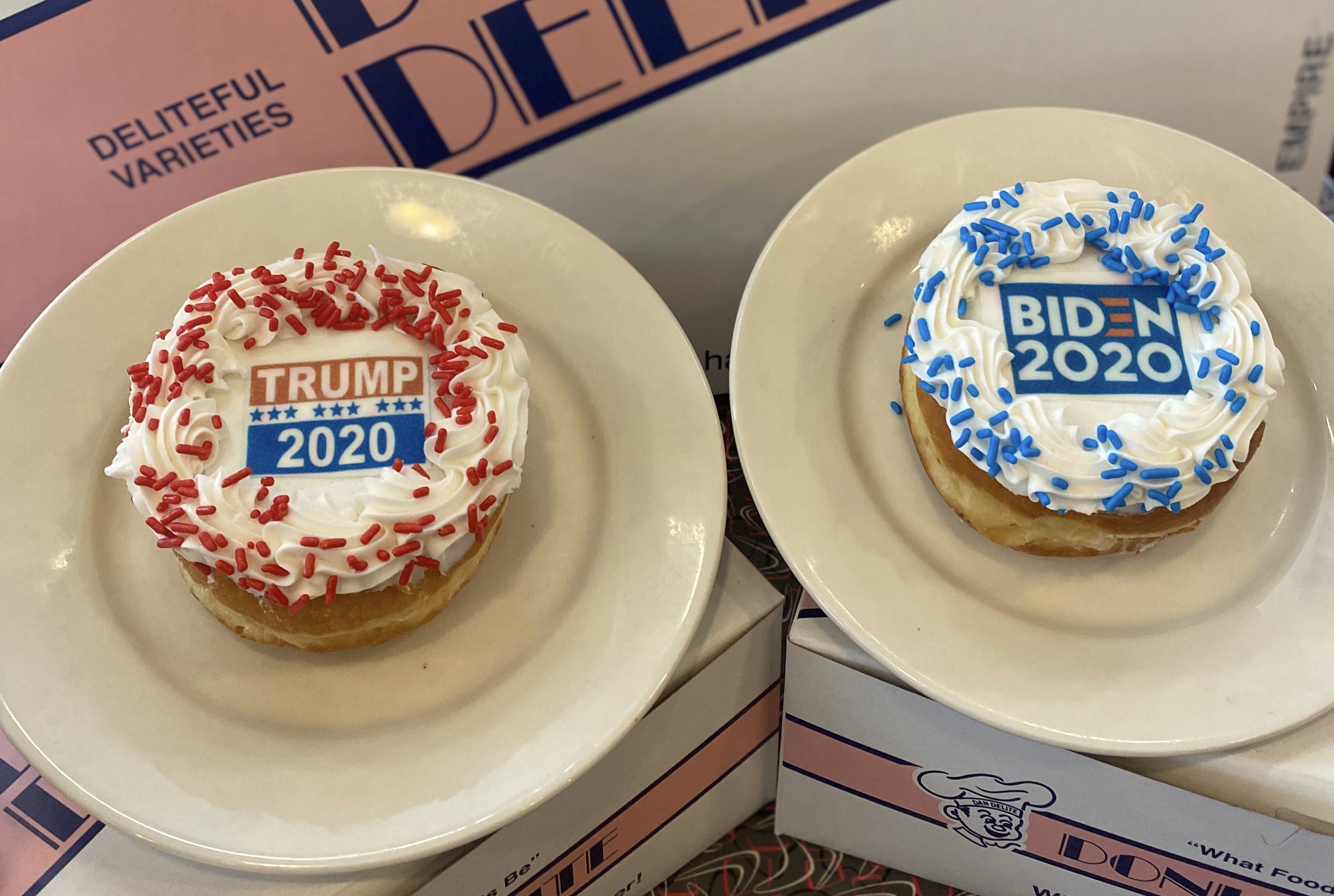 "As a company the only party we support is the Pizza Party" said Salvatore "SoccerSam" Fantauzzo, Founder of Salvatore's "Nick and his amazing creative team have had several requests for similar donuts."

Salvatore’s at the historic Donuts Delite Building is located at the corner of Empire@Culver.

The final number has been provided and Donuts Delite is proud to announce that they raised almost $9,000 for Lollypop Farms, Barktoberfest! Thank you to everyone that supported this great cause.