What is a Traditional Italian Pizza?

Pizza has been reinvented to fit the tastes and styles of pizza-lovers all over the world. But there’s one true identity that can never be reinvented - real Italian pizza! Since the 16th century, Italian pizza has made it’s authentic mark and is still carried on by many Italian families today. 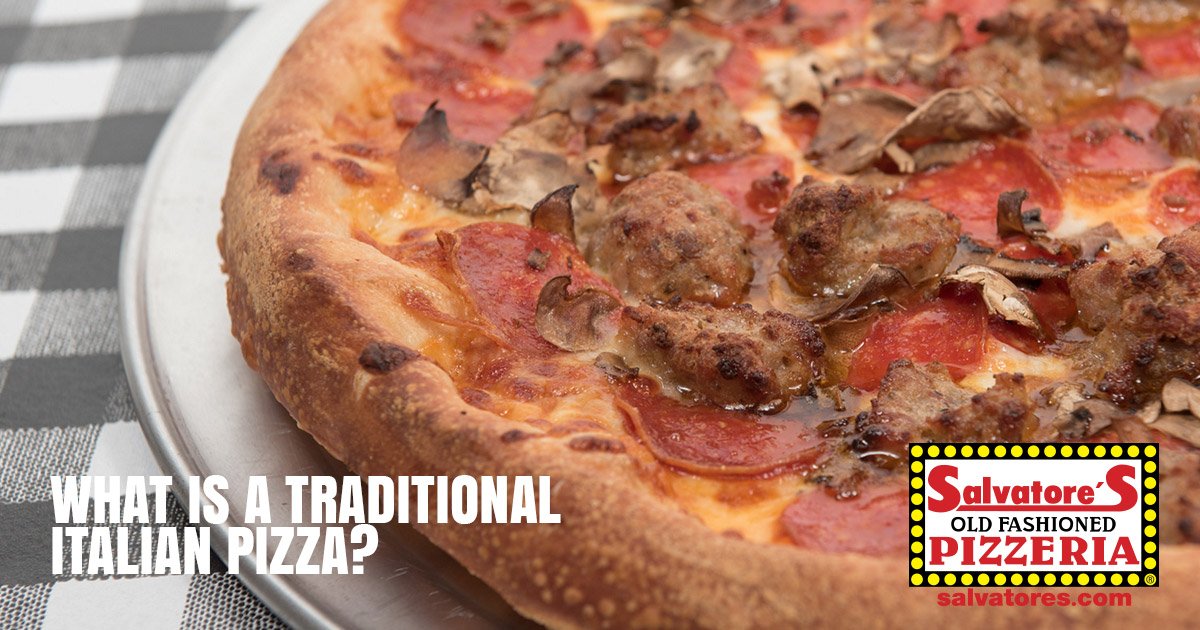 Long before pizza, as we know it today, gained the respect it deserves, it was considered a peasant meal or ‘poor food’, according to the wealthy Italian locals of Naples. In the 1880’s, you could spot pizza being sold by street vendors and in small, unpopular restaurants as a simple yet custom menu choice. It simply wasn’t the go-to meal of choice and was often looked down upon. And then the King and Queen paid a royal visit to Italy in 1889. Bored and unamused with their normal French feasts, the two decided to send away for a variety of pizzas made locally. And they were pleasantly satisfied. So satisfied that the famous ‘Margherita pizza’ was named after Queen Margherita herself. Pizza became known as a whole new cuisine and gained its extraordinary popularity quite quickly. Over the years and across the globe, pizza has been transformed to suit the styles of others.

Unlike what American culture has taught us about pizza, Italian pizza is served as a whole pie. You will order a pizza by the whole, sit with your family, and share pieces of each style. Each Italian family offers their own twist to the whole pie pizza. But you won’t be getting a single slice.

…Is the sauce! You can forget the canned tomatoes or sauce from a store. With real italian pizza, you will find homemade sauce made from freshly peeled tomatoes and a blend of savory, complimenting herbs. You will also notice that authentic Italian pizza doesn’t combine the toppings and sauce to be cooked together. They simply layer the sauce along the crust. You may even notice some pizzas without sauce and just a drizzle of olive oil. This is called ‘bianca’.

You may be surprised to find that small discs of thinly sliced pepperoni aren’t on the menu at an authentic Italian pizzeria. Instead, a generous portion of prosciutto, large chunks of mozzarella, a variety of hand-picked herbs and greens such as rosemary, basil, arugula, and capers. Eggplant, garlic, and green peppers are also popular Italian choices for pizza toppings. Traditionally, Italian pizzas are hearty, flavorful, and savory.

Check out our Location Finder to locate the Salvatore’s closest to you and order today!