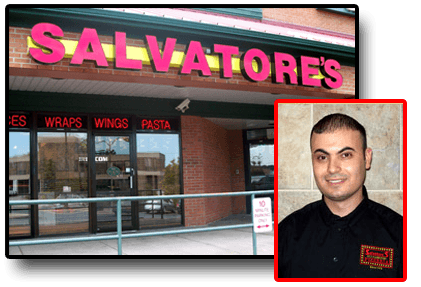 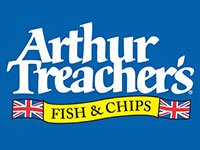 The West Ridge Rd. location at the corner of Long Pond/Mitchell Rd. opened on August 25, 2008 and is owned by Sam Alsafadi.This location became our seventh Arthur Treacher's franchise on March 25, 2015. It was the fall of 1994, the previous owner of the Lake Avenue Salvatore's offered Sam -- then 17 yr old St. John Fisher college student -- a shift manager position at his location. Sam had good managerial skills and great passion for food. Sam and his brother Hassan Alsafadi purchased the Lake Avenue location and are still operating it until this day. After Sam graduated from college, he and his brother wanted to expand and open more Salvatore's locations. The aim was a location on West Ridge Road in Greece but they never managed to get their hands on a great spot with a reasonable lease. With the help of SoccerSam Fantauzzo, they found the location at 2496 West Ridge Road and a deal was finalized in the spring of 2008.

Comments in regards to this location, please submit form below.